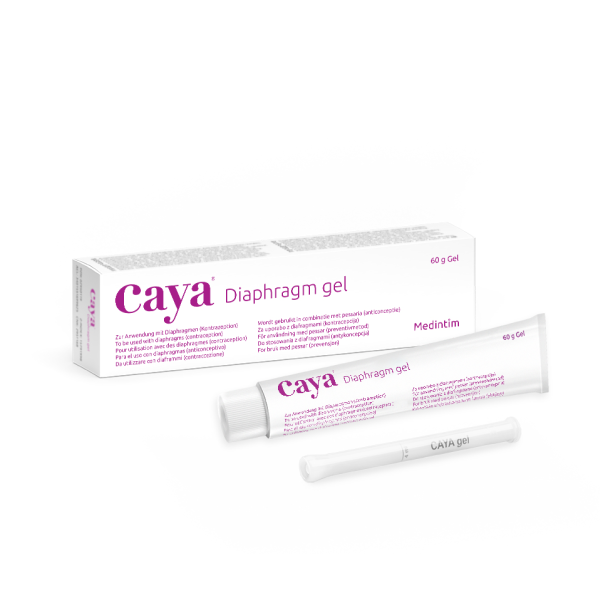 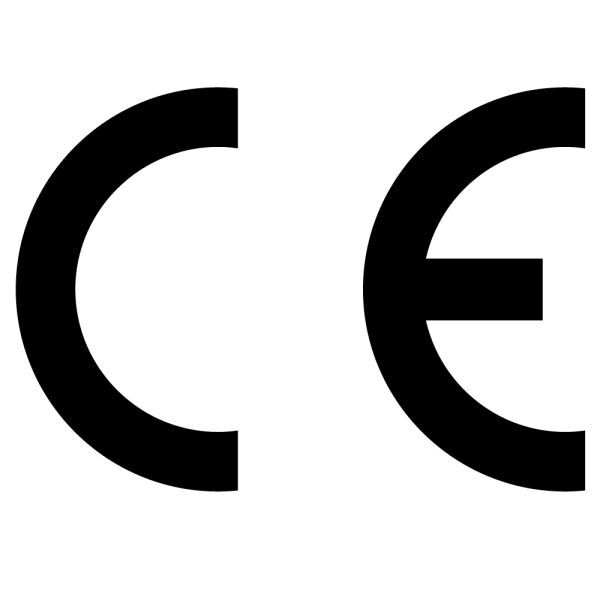 Be the first to review this product
In stock

For use with cervical caps, diaphragms, FemCap and Caya.

Minimizes risk of irritation and infections.

Don't let chemical laden nonoxynol-9 spermicide hinder your goal of all natural contraception. All diaphragms and cervical caps must be used with a contraceptive gel— choose Caya Gel instead of N-9 based spermicide to avoid abrasive chemicals and skin irritation.

Caya Gel contraceptive gel is a nonoxynol 9 free spermicide alternative to be used in conjunction with a diaphragm or cervical cap. It is also marketed under the ContraGel brand name, both products being identical in composition.

Despite the lack of harsh chemicals Caya Gel is effective on a number of levels.

The tip of the cervix should be resting in the gel, and the barrier should be completely covering the cervix. As such, the cervix is covered and closed twice: first by the silicone membrane of the barrier, then by the gel. These two physical barriers prevent sperm from entering the cervix. If sperm does by-passed the silicone barrier, comes in contact with the gel and can not move into the cervix and uterus. Please note the instructions for use on each individual diaphragm or cervical cap to ensure proper usage.

Caya Gel formula is water-based. It is effective with silicone and natural latex rubber barriers.

What's The Difference Between ContraGel And Caya Gel?

There is no difference. ContraGel, or ContraGel Green to use its correct name, has been around for decades. As part of a marketing exercise to try and sell more contraceptive gel alongside the Caya diaphragm it was decided offer ContraGel in a white box and tube and label it Caya Gel. Buying a Caya diaphragm with Caya Gel sounds good to the consumer. ContraGel continues in parallel with its own name and labelling.

Are ContraGel and Caya Gel Spermicides?

It does, however, perform the same role as spermicide with equal or superior efficiency of traditional spermicide.

No, not on contact — because it doesn't need to. ContraGel is a thick, viscous gel, so sperm simply can not travel through it. A diaphragm or cervical cap can not form an absolute seal on their own so the gel substance seals any potential gap to complete the physical barrier. ContraGel also uses a base of lactic acid with a pH of 3.8 which is hostile to the sperm.

What is the ContraGel or Caya Gel Pearl Index Rate?

There is no Pearl index for ContraGel because it isn't a contraceptive method, rather it is used with a barrier method such as diaphragms or cervical caps. When you come across the Pearl index ratings of various barrier contraceptives, be aware that these studies are vastly influenced by incorrect usage. This happens so often that different reliability rates are often published, one with perfect or correct usage and one for incorrect usage.

Remember, if you want to fall into the correct usage category for your barrier contraceptives, you must be applying contraceptive gel to the device before every act of intercourse.

Why Should I Traditional Avoid Nonoxynol-9 spermicide?

Nonoxynol-9, is a compound that is used as a surfactant, essentially, a detergent. It is a member of the nonoxynol family of nonionic surfactants. N-9 and related compounds are ingredients in various cleaning and cosmetic products. It is widely-used in contraceptives for its spermicidal properties. However, its use is controversial because it may cause genital lesions."

The genital lesions are a result of N-9's abrasive qualities (which incidentally make it an ideal cleaning agents). The abrasions within the vagina can cause irritation and can also damage skin cells, which can increase the risk of transmitting diseases such as HIV. From 1996 to 2000, a UN-sponsored study carried out in several locations in Africa followed nearly 1000 sex workers who used nonoxynol-9 gels or a placebo. The HIV infection rate among those using nonoxynol-9 was about 50% higher than those who used the placebo; those using nonoxynol-9 also had a higher incidence of vaginal lesions, seemingly contributing to the increased risk.

Some cases of Toxic Shock Syndrome (TSS) have been reported in women using nonoxynol-9. TSS is uncommon, but is a serious condition that can result in death.

ContraGel entered the market to offer women a safe contraceptive alternative without the risks and side effects of nonoxynol-9.

Do ContraGel or Caya Gel Cause Skin Irritations?

The simple, all natural ingredients in ContraGel make irritation rare. However, just like you could have a reaction to a certain food, there is always the possibility of reacting negatively to ContraGel. Each person's body is unique. What we do know is that spermicides containing nonoxynol-9 have a high rate of reactions in users. If you are concerned for any reason before using ContraGel for the first time, we recommend applying a small amount to the skin as a test to see if you have an adverse reaction. If you have a special skin condition discuss it with your dermatologist before using ContraGel.

And remember, your partner's skin will come in contact with the gel so make sure you tell him you're using it in case he would like to test it on his skin as well.

I've Heard Spermicide Is Banned In Some Countries. Why Is That?

In some countries spermicides that contain nonoxynol-9 are no longer distributed. This isn't because they are banned per-se, it's that they are simply not being licensed for medical prescription. This is typically due to a government policy aimed at promoting hormonal contraception which can be cheaper for the government and more profitable for pharmaceutical companies.

Are ContraGel and Caya Gel Forms Of Birth Control?

No! ContraGel is designed to be used along with a diaphragm, Caya diaphragm, or cervical cap.

It can also be used as a lubricant with condoms and give an element of protection if the condom splits, but it must never be used on its own.

Yes. ContraGel is water soluble, so it is safe to use with silicone barriers like FemCap.

Can Live Sperm Enter My Cervix After I Remove My Barrier Device?

No. Diaphragm and cervical cap manufacturers suggest their product be coated in a spermicidal gel and left in place for several hours after intercourse. Any sperm that were pushed forward during ejaculation will come in contact with the gel. The moment there is contact with ContraGel, the sperm are immobilized and begin to die rapidly because of the pH change induced from the gel.

Can ContraGel Be Used With Condoms?

If a condom is used correctly, no spermicide or contraceptive gels are necessary. But life doesn't always go according to plan, and using ContraGel with a condom can only increase effectiveness.

In general people use contraceptive gels like ContraGel with condoms to take advantage of their mild lubricating effects. By using a gel in such a way the main contraceptive benefit is reducing the risk of 'contamination,' i.e. sperm and ejaculate ending up outside the condom through pre-ejaculate sperm or a tear in the condom.

In the event of a condom splitting while full of ejaculate, the sperm at the tip of the condom could easily reach the cervix just a few centimeters away. In that scenario, applying some contraceptive gel directly to the tip of the cervix would probably offer a small element of protection. But remember, at that point you are relying upon the gel to prevent pregnancy with no other physical barrier, which is not the recommended way of using ContraGel.

How Many Uses Will I Get From A Tube Of ContraGel or Caya Gel?

The 60 gram tube of ContraGel typically provides 15-20 applications. These numbers are based on the typical requirements of three to four ml applied to diaphragms and cervical caps for each act of intercourse. Additional ContraGel should be applied to the barrier with a finger or vaginal applicator if more than one act of intercourse occurs.

Can I Use ContraGel or Caya Gel While Menstruating?

They shouldn't be used while you are menstruating. However, remember that intercourse only has the risk of pregnancy for about 6 days per cycle during your fertility window. A healthy egg is only able to be fertilized for 18-24 hours and sperm can't survive for more than 5 days inside of you so that span of 6 days (5 days before ovulation and the day of ovulation) are really the only time when barrier contraception needs to be used for pregnancy protection.

They are not classed as a 'drug' for licensing purposes but a Class II medical devices. It is approved by the European Union with the CE0124 approval mark. This makes it available over-the-counter, without a prescription.

Is There A Prescription Form Of ContraGel or Caya Gel?

ContraGel is not available with a prescription in any country that we are aware of, including the NHS in the UK, although we understand that many insurance companies and HMO's will cover the cost if contraception is a provision of your policy.

Who Manufacturers ContraGel and Caya Gel?

ContraGel was manufactured from 1972-2003 by the Dutch Family Planning Association (NVSH) under the name Contracep Green. It was recently bought back into production because of high consumer demand by DeltaMed GmbH, a German based ISO 13458 certified manufacturer under the new brand name ContraGel Green.

Write Your Own Review

We use cookies to make your experience better.
To comply with the new e-Privacy directive, we need to ask for your consent to set the cookies. Read more